There’s a bunch of moronic drivel about the Harley-Joker relationship thanks to the release of Suicide Squad and its beyond ridiculous, especially considering she’s possibly the most popular comics character to come out of the 90’s (the only rival is Deadpool). Her merchandise usually outsells even many of the characters considered iconic to the genre. Take note Replacement Theory hacks who use the crutch of recognizable names tacked onto whatever PC cipher the quotas demand at the moment, new characters can be created and actually outstrip the established ones—think about that next time you want to co-opt name recognition but ditch characterization. People love Harley Quinn not because she’s some all powerful moral exemplar, but because she’s messed up and extremely fallible but hilariously unpredictable—and because of that exhibits more free will than most other characters 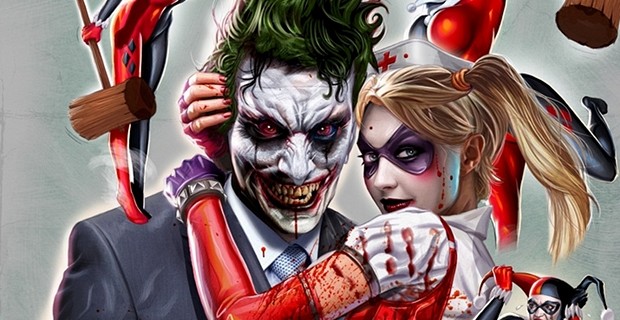 For some strange reason puritanical regressives express shock and outrage over the deranged clown-girl not representing a perfect role model.

This is like the complaints about Mystique being in peril in the X-Men movies. If female characters can not get into trouble more make bad decisions then they can hardly participate in any kind of story (especially action centered ones). Harley Quinn and the Joker are one of the better realized abusive relationships in fiction, which in most versions ends on the empowering message of her leaving him. That does not mean anything without showing the relationship.
Her creators on Batman the Animated series hesitated about bringing her back fearing it would humanize the Joker, but she ended up serving for just the opposite—seeing him mistreat someone who worships him only makes him worse. In the Suicide Squad movie version I like how even with all the mistreatment he still needs her around, much to his own surprise, since narcissists need constant reinforcement of their weak egos. Still there is something for most of the disdain he classically shows her.
They cast Margot Robbie perfectly in the role and Harley alone was worth the price of admission, I fully expect them to shoehorn her into as many movies as they can, but the ridiculous pressures by people who don’t even remotely understand the character might lead to them ruining her very quickly.

An interview not made about this but very relevant came from Chuck Dixon and given by the Internet’s most fabulous super-villain can be found here: Chuck Dixon on the Milo Show

Something quite ridiculous about all the replacementism for its own sake in comic books and the fear of putting out new characters is how two of the most popular characters in comics (Deadpool and Harley Quinn) only came out of the 1990’s and both increased the diversity of the genre. It’s funny that both of them are deranged anti-PC bisexuals (or in Deadpool’s case pansexual) tapping into the anarchic side of the cultural zeitgeist (actually a little bit like Milo does). Each of them easily tops almost all the classic characters in terms of overall sales (both comic books and the far more important merchandise lines) and broke through in no small part thanks to their unpredictability (something utterly impossible when every facet of a character gets carefully screened to avoid offending anyone) and that they both counter-programed against the overly serious characters promoted in the 90’s comics. The comments comparing Black Lightning to Luke Cage are brilliant, and yes the genre will slowly die if pleasing the new breed of censors is all they care about. PC outrage culture has strongly contributed to the largely negative reviews for Suicide Squad which contrast sharply with generally positive audience reactions (also that the audience had a surprisingly even gender balance for a superhero blockbuster). 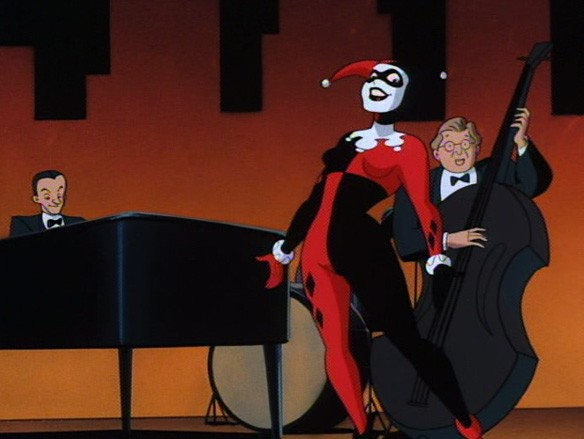 “Ha, and you thought I was just another dumb-blond-bimbo, well the jokes on you I’m not even a real blond.”

Here’s a link to give some context to Harley Quinn’s popularity in comparison to Wonder Woman’s: Has Harley Replaced Wonder Woman

And he’s a link to a good deconstruction of judging art based on politics and its resurgence: The Return of Socialist Realism?